Berkshire Hathaway’s boyband Buffett+Munger have been making headlines again. And although they just announced over 1B loss with their funds, these two are still talking sh1t about Bitcoin.

Yes, I know, I should be writing about dark side of crypto, ICO scams and whatnot, but I can not pass this one. After calling Bitcoin hype “as a mixture of dementia and immorality”, this is what Charlie Munger said next in an interview with Yahoo Finance: “Suppose you could make a lot of money trading freshly harvested baby brains. Would you do it? To me Bitcoin is almost as bad.”

He also added that people pushing Bitcoin are a disgrace: “There ought to be some things that are beneath you, that you just don’t do, and this is one.”

It was only last week when Charlie Munger called trading Bitcoin “disgusting” and said it equals “trading turds”. Let’s not forget that Berkshire Hathaway boys Buffett and Munger missed the whole internet train and Google and Amazon boat (and are still very bitter about it) and their age is nearing 3 (three) digits, so they not quite understood what is going on in the world. These guys made Fortune buying stocks of Coca-cola and insurance companies. I think we can forgive them. 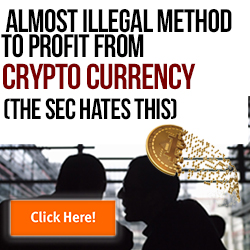